Co-writer of Redneck Yacht Club, recorded by Craig Morgan, reached #2 in Billboard, #1 in R and R, and is a certified gold record. 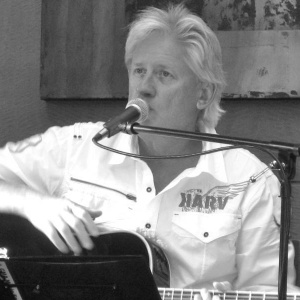 I was introduced to country music songwriter Steve Williams, through a friend, Myles Kelly, manager and keyboard player for Rockin’ Chair, a band that covers the Laurel Canyon sound of bands like Eagles; Crosby, Stills, Nash & Young; Poco and others. Myles contacted me recently after seeing high school buddy, Steve Williams, preforming with Wil Nance at Nashville’s The Listening Room.

Myles told me that Williams would be performing at a now sold out show with Nance in Festus on January 23rd and suggested I interview him for A Concert Pitch, so I did.

I’ve never been a big fan of country music, but I respect the genre for its popularity and production quality. My musical preference leans more toward the acoustic rock of my youth and, for the past 40 years, jazz. Nonetheless, I have a fascination as an amateur musician with how songs are written and how songwriters work with publishers and artists. This interview was a great opportunity to satisfy my curiosity talking to someone who is making a good living from writing songs, and claims two #1 songs (“Redneck Yacht Club” and “I Get To”) and has songs on 3 gold records!

Steve grew up in St. Louis and cut his musical teeth playing in bars in the area. He left town, played with several bands and ended up in Nashville. He describes how he climbed the ladder in that hub of musicians, venues, publishers, and promoters, then shares deep insights about writing, collaborating, and getting your compositions produced.

View the calendar event for the sold out Song Writer’s Showcase with Wil Nance and Steve Williams.