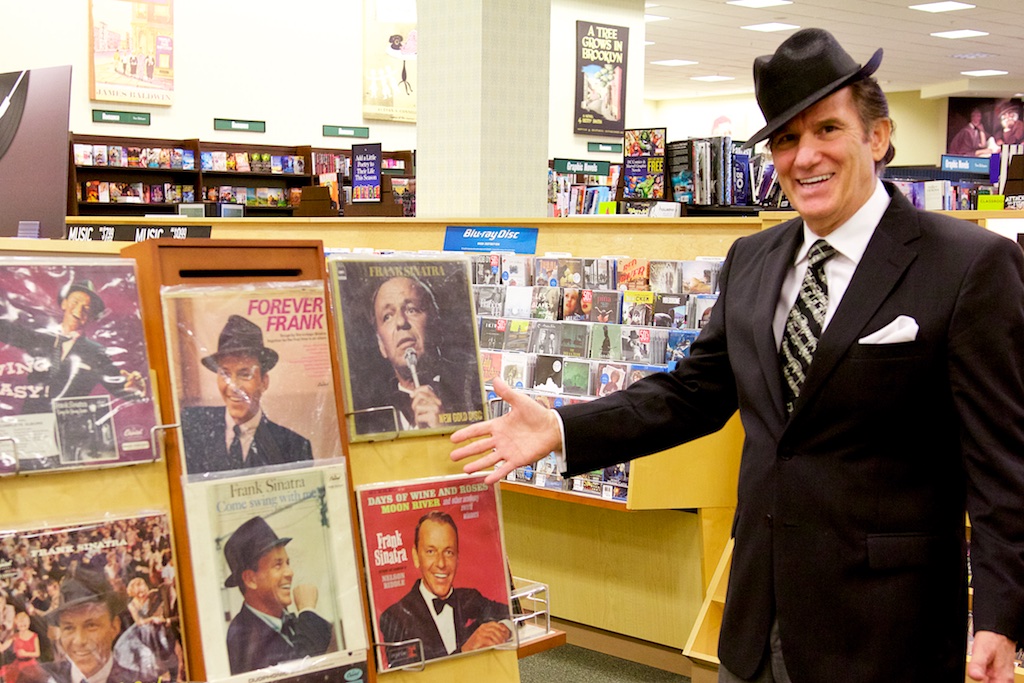 I’ve known Tony Viviano since 2002 when he approached me to compile videos of his performances and media interviews on a DVD. Shortly after that he asked me to shoot video of free concert he did with his big band at Bluebird Park in Ellisville, Missouri. Since then, I’ve been seeing Tony perform in a variety of venues, and running into him at other performer’s shows.

Tony was influenced at a young age by his older brothers who brought home and memorized records of the great singers like Frank Sinatra, Louis Prima, Tony Bennet and others. He started performing in high school and soon began getting booked in small clubs around the area. I no time, Tony was doing bigger and more prominent local venues, as well as getting booked into other cities. His versatility in musical styles is impressive as he mixes swing and big band arrangements with popular songs from the fifties to the present.